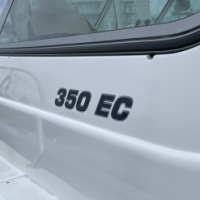 YYZRC Georgian BayMember Posts: 3,883 ✭✭✭✭✭
September 15 edited September 15 in Rinker Express Cruisers Forum
My starboard motor uses 15L/hr more than Port whilst at 4000+ rpm. These readings are from VesselView and confirmed by actual tank drain. I also have the throttle open more on the starboard side to sync with port.
I have swapped the following parts between engines to no avail:
wires
cap/rotor
coil
throttle position sensor

Plugs are new. Fuel filters are all new. Injectors all new.
Just did a compression test on starboard and all are between 130-136 psi.
Not sure if it’s relevant but I just noticed that when shutting down the starboard motor it gurgles as if water is flooding in or out. I never noticed that before. It also has a tick, maybe a lifter issue?