A few things that made me go hmmm.
1. The 350 mercruiser horizons had yellow hats. I have never seen yellow ones. I've seen flames which is generally a reman engine. But what is the yellow mean? Anything? 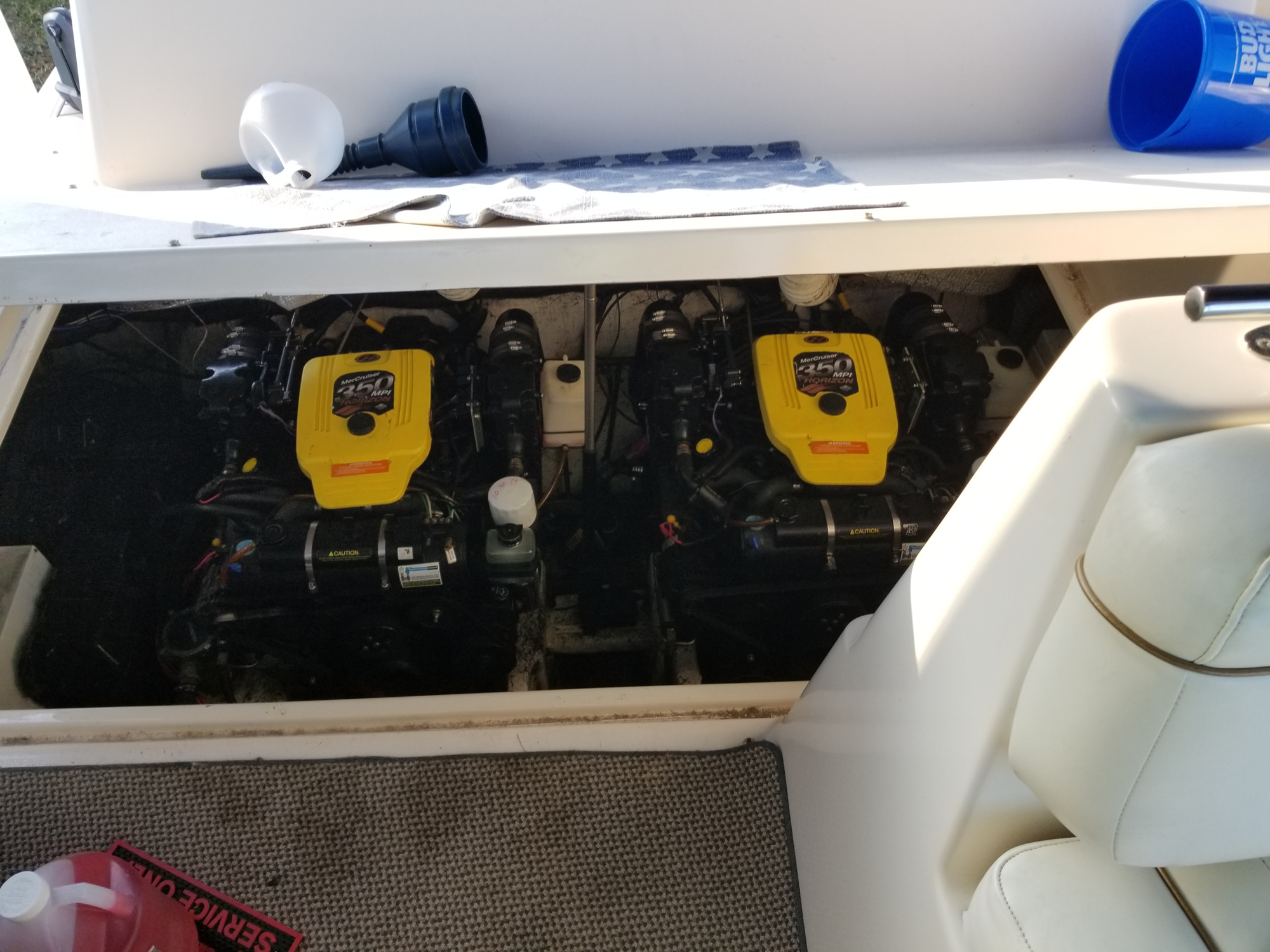 2. I turned the steering wheel all the way to one side, but the B3 outdrives didnt move. I then turned the wheel 6 rotations to the other side, but, again the drives didnt turn.
Out side the boat, I could push the outdrives (independently) a couple inches with not too much force. They looked a little off.... 1 was exactly straight, but the other was a few degrees off.
I probably answered my own question.. the outdrives must not have been hooked up tothe steering?...but why not? Any thoughts? Or things to look for?

3. I didnt have the keys, and boat was on blocks already winterized. But the outdrive would not trim up or down.. the pump didnt even kick on. It did have batteries in it. I was able to raise the engine hatch (had to lower with a portable jumper to the rear terminals, I dont think the battery was dead/dying,because I was able to raise the 2 times hatch but always had to close it with my battery jumper.)
- do you need the keys in the ignition to tilt trim the outdrives?
- do you need keys in the ignition to lower the eng hatch?
Thank you!
0 · Share on TwitterShare on Facebook
«1234»